In order to use RunSignup, your browser must accept cookies. Otherwise, you will not be able to register for races or use other functionality of the website. However, your browser doesn't appear to allow cookies by default.

If you still see this message after clicking the link, then your browser settings are likely set to not allow cookies. Please try enabling cookies. You can find instructions at https://www.whatismybrowser.com/guides/how-to-enable-cookies/auto.

This is the information from last year. This year's awards will be similar, but may differ slightly.

Finisher medals will be given out at the third race for anyone that completes at least one of the three trail series races. 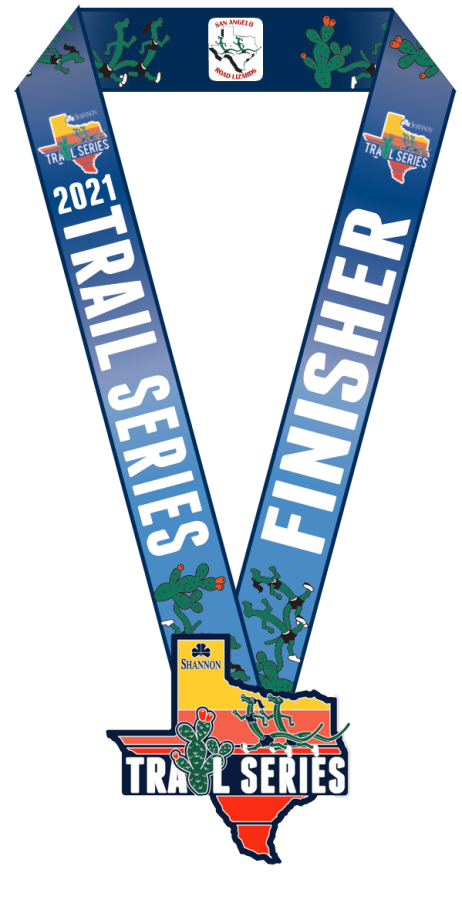 End of every race:

At each of the three races, awards for Top 3 Male/Female and Top 3 Masters (50+) Male/Female are given out for both distances.

End of the series (after the third race):

Scoring for the short courses and long courses are done separately. You get a number of points equal to your position in your course for each race. Then, the points are added up. Whoever has the fewest points wins.

Points for overall and points for age group awards are separate.

See the past results to view more detailed examples.

What if two (or more) people have the same number of points?
The tie breaker is how many races were run, and then raw time: we will add up the total time for each race. Whoever has the fastest total time wins.

What if I am not able to make a race?
You must run at least TWO races to be eligible for the series awards. If you miss a race, your points for that race are equal to the number of runners + 1. (So it will be as if you got last place).

Does this mean that if I am 45, then I am competing with the 20-year-olds?
For the overall series awards: yes, you are. For age group awards: no. You are only competing with those in your age group. Points are calculated separately for overall and each age group.

Can I change my distance?
Yes, just please let us know! However, if you change distances in the middle of the series, you are only eligible for series awards if you run the same distance (long or short) twice. In terms of scoring, your points will be treated as if you didn't run the other race at all. For example, if you run Race 1 Long, Race 2 Short, Race 3 Long, you are only eligible for series awards in the long course. You will be given points for race 2 as if you didn't show up for race 2 (last place+1).

If you continue to use this site, you consent to use all cookies.